In recognition of National Photography Month and Asian American and Native Hawaiian / Pacific Islander Heritage Month, GSA is thrilled to celebrate the work of An-My Lê, who created fifty-one photographs of the U.S. Coast Guard for permanent display in its headquarters building in Washington, D.C., as part of GSA’s Art in Architecture program. Installed in 2013, Lê’s collection of photographs was assembled from several excursions taken by the artist, who observed and documented the U.S. Coast Guard and its mission starting in 2009.

One early trip took Lê to the frozen Chukchi Sea in Alaska aboard the USCGC Healy, which is the largest icebreaker vessel in the fleet. In one photograph, the towering ship dwarfs a member of the crew who stands nearby on the frozen water. Another photograph shows a Rescue Swimmer sitting on a block of ice next to the Bear Watch, who scans the bleak horizon for wildlife. 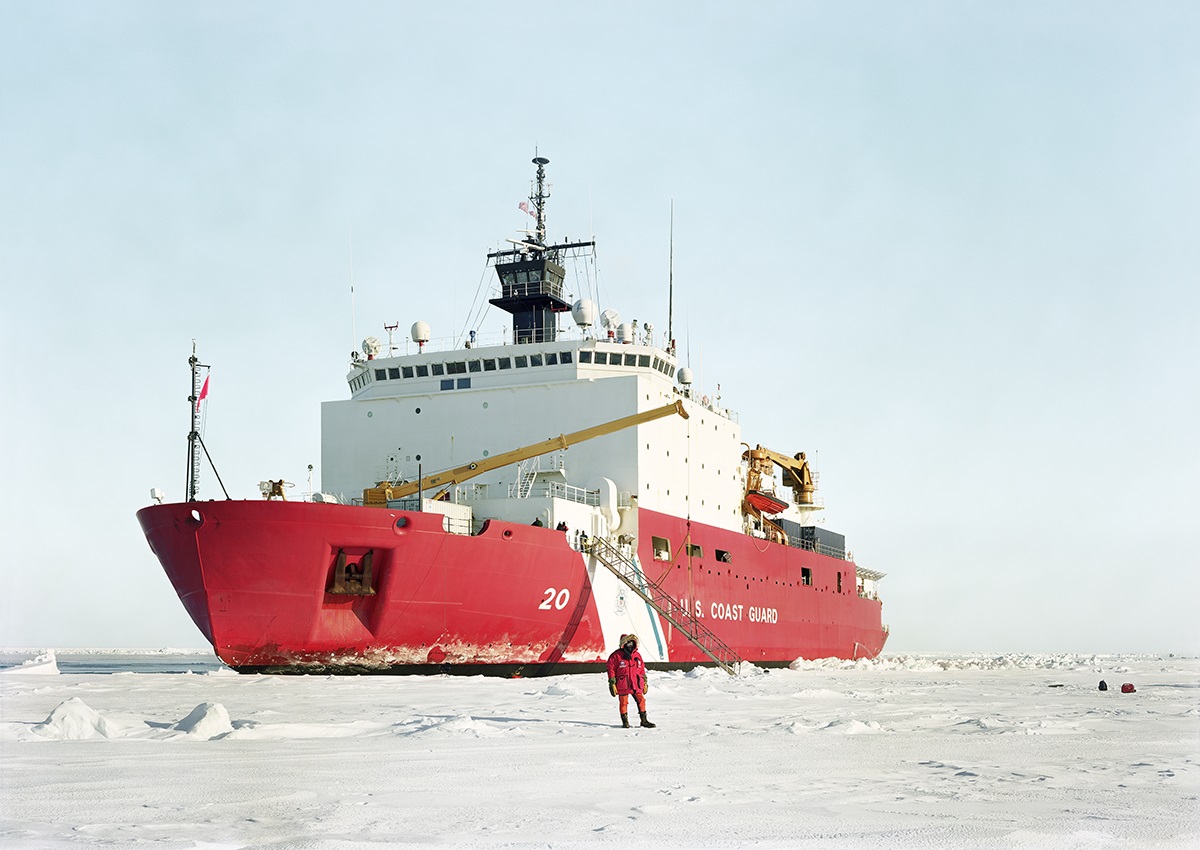 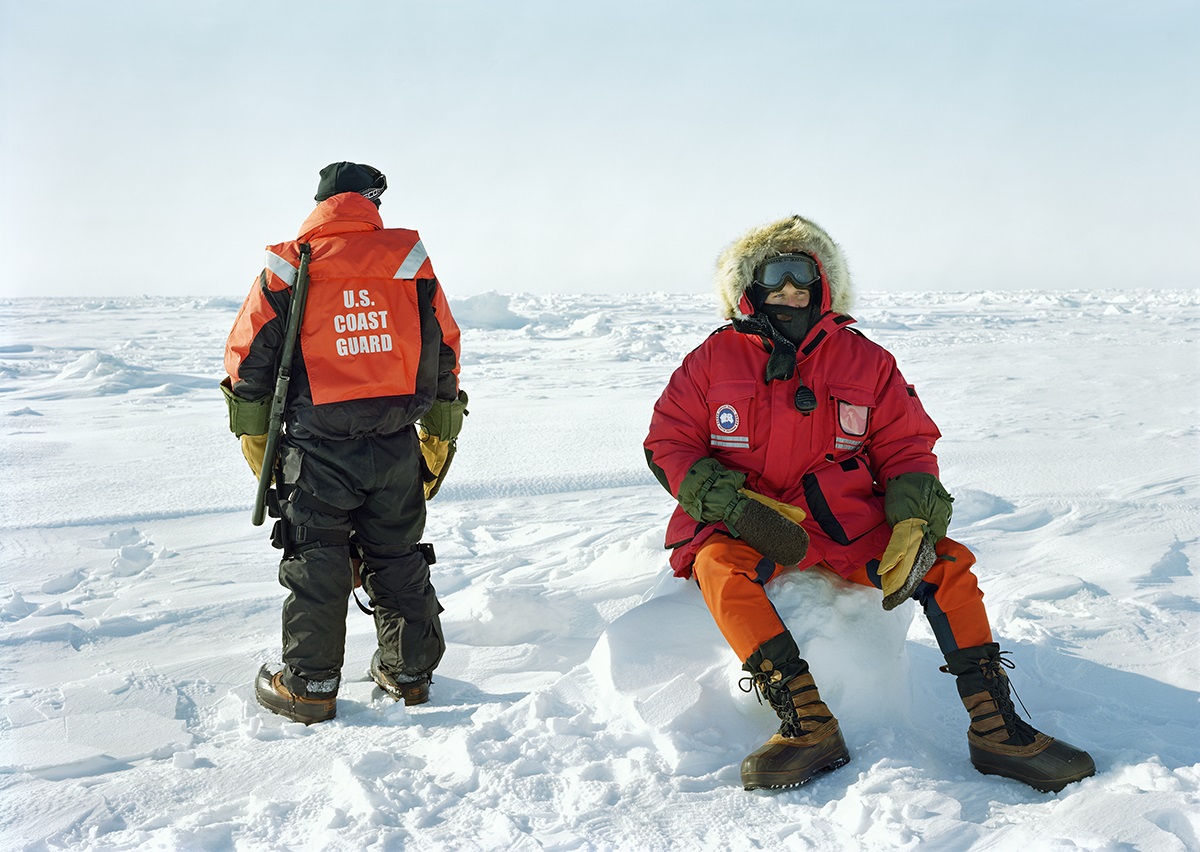 Many of Lê’s photographs document the importance of training missions, such as the Rescue Swimmers practicing helicopter exercises off the coast of Mobile, Alabama, in 2012. Another photograph shows a group of six cadets operating a navigational tool called a sextant on the deck of the USCGC Eagle. 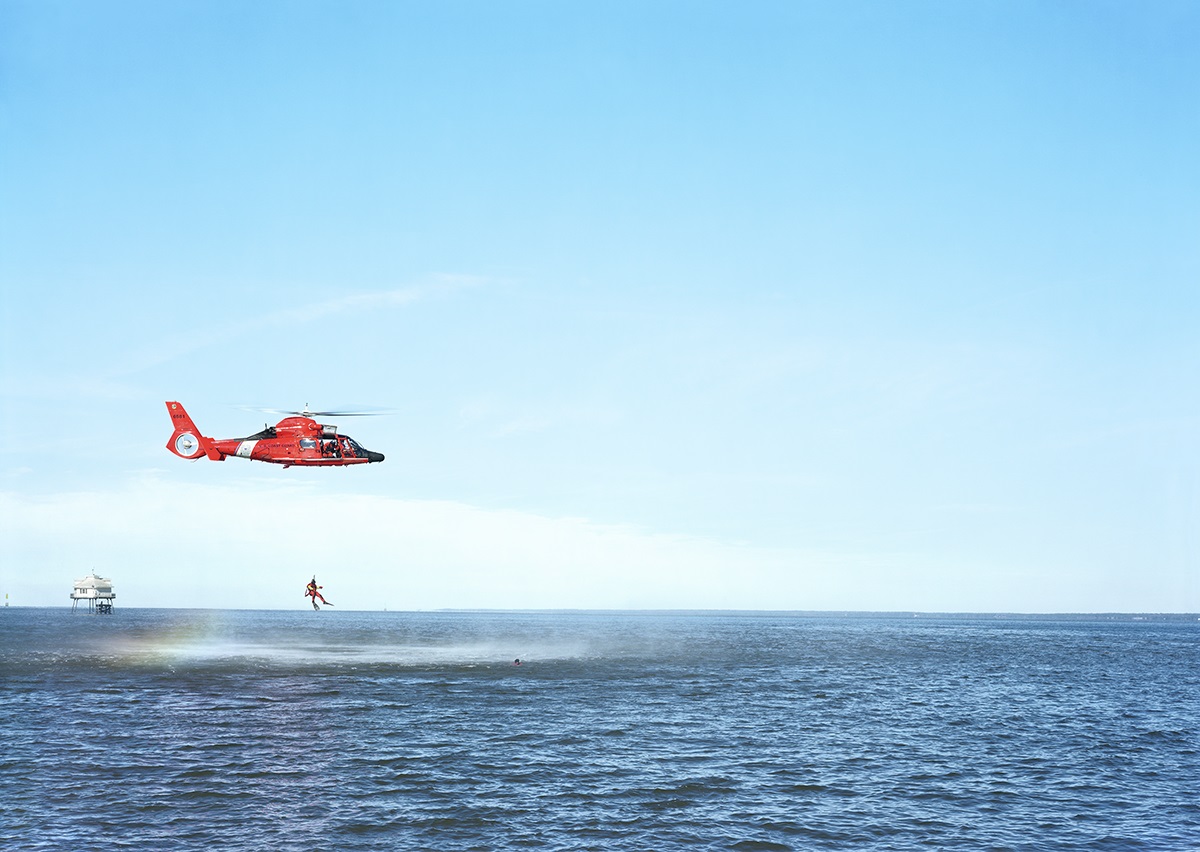 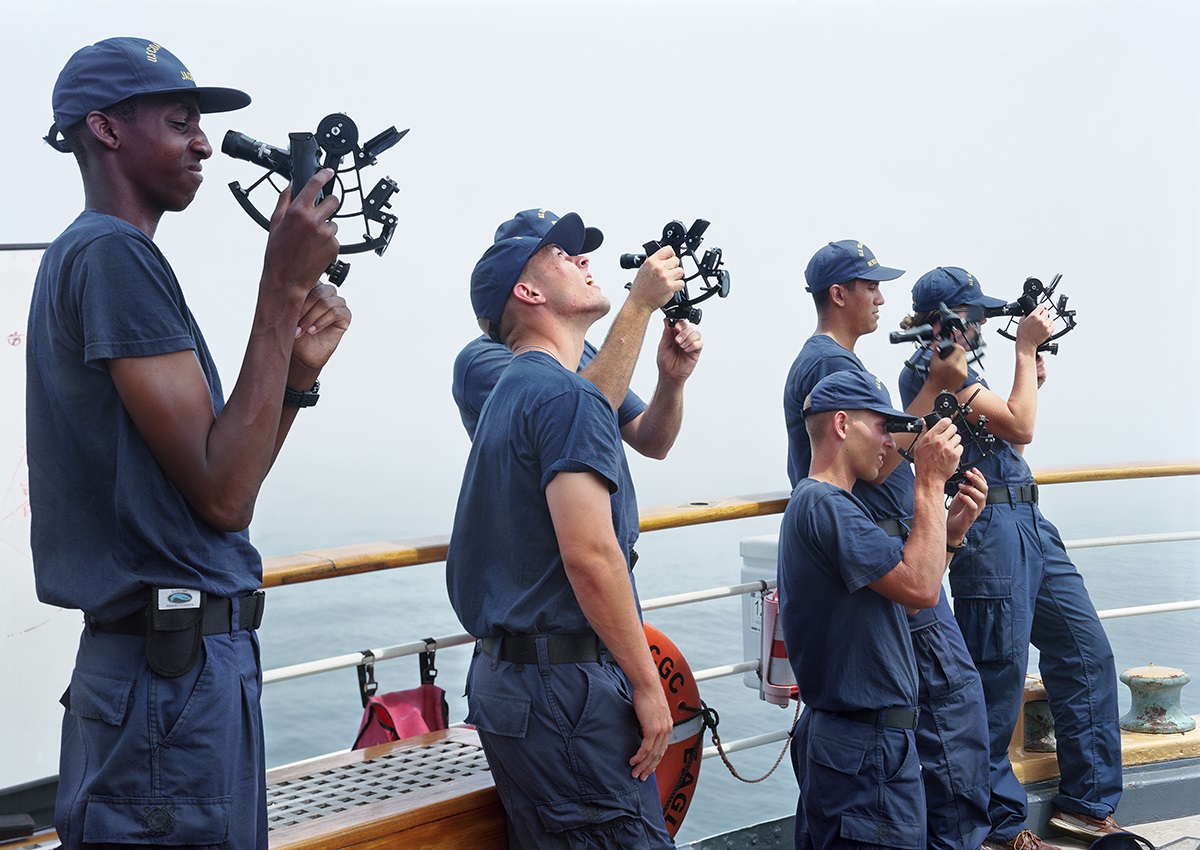 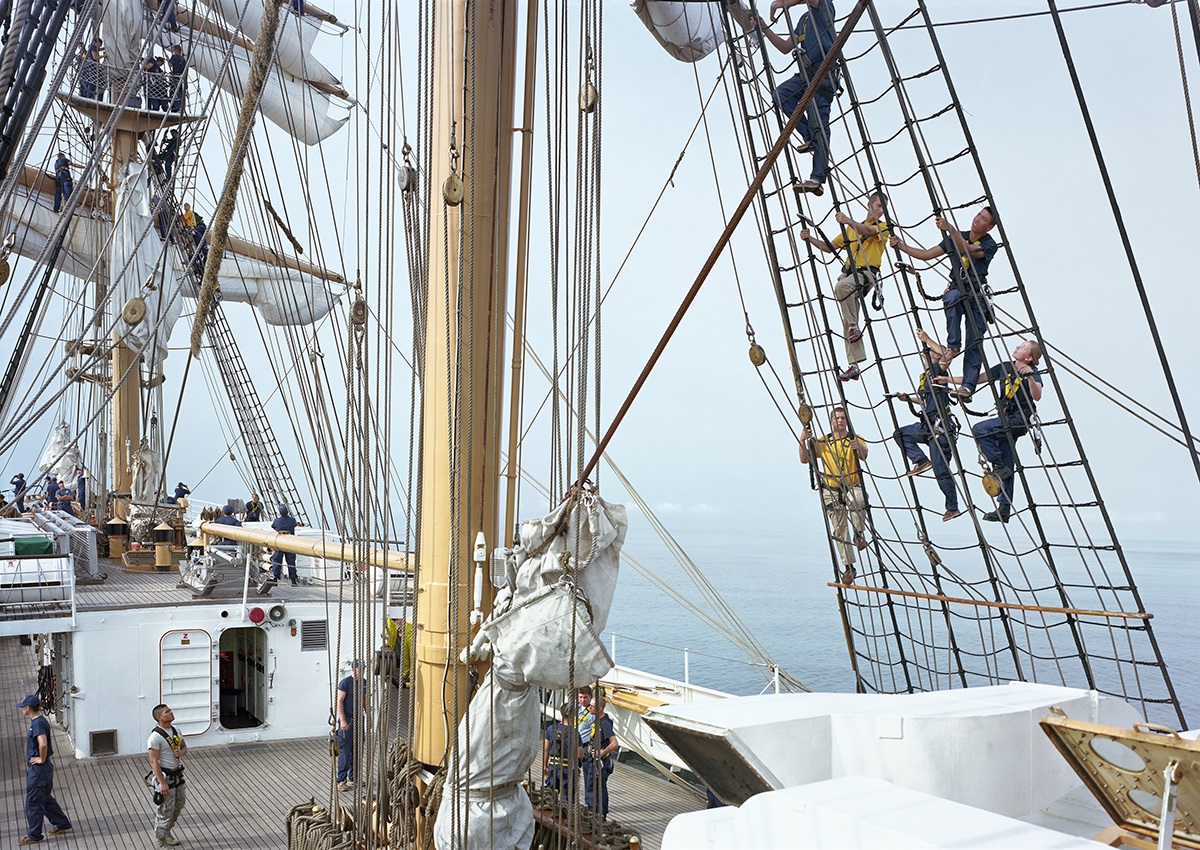 It is difficult to pick a favorite among this striking group of photographs, but there is one image I always return to, without fail: “Fourth Class Cadets Waiting for Chow, USCGC Eagle, Atlantic Ocean.” In contrast to other action-based photos in the collection, this is a quiet image of waiting. The six cadets stand in relaxed poses. Each absorbed by his or her own thoughts. Beautifully framed, the picture captures both their individuality and their camaraderie as one unit. 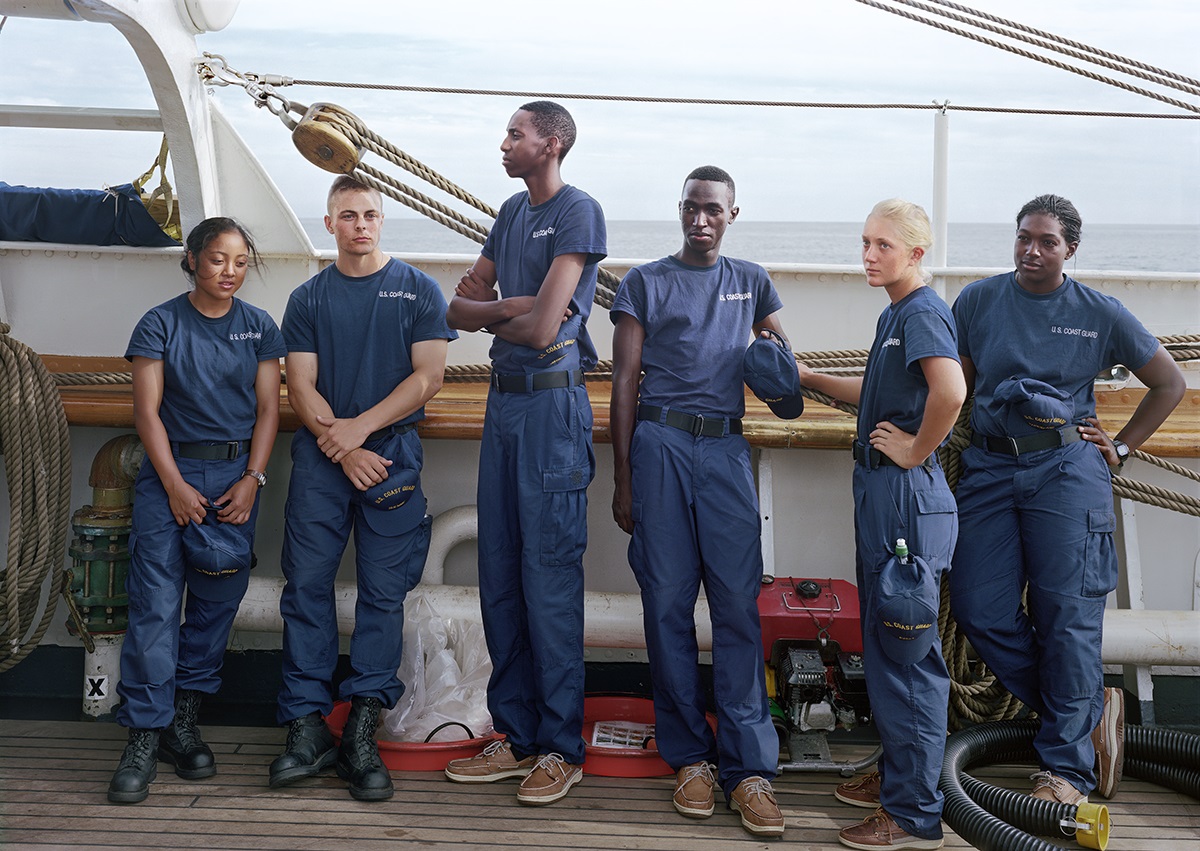 An-My Lê’s talent for creating timeless imagery has resulted in a fantastic collection of photographs that inspire repeated viewing and contemplation. To browse an online index of all fifty-one photographs, please visit www.gsa.gov/fine-arts#/artwork/26500.