But Black History Month can't be limited to a single month. Every day, we have the opportunity and responsibility to feature Black voices and Black achievements. These successes have been made despite the pressures, violence, and traumas that Blacks communities have faced—and continue to face.

In his message to TTS employees, Executive Director Dave Zvenyach said, "the achievements of Black Americans rarely receive the recognition they deserve and come at great personal cost. The painful contradiction is that Black history is one of greatness achieved in the face of powerful opposition. Black History Month is not just a celebration of the incredible work of Black Americans, but a reminder that we all have a part in lifting up Black voices and Black achievement, and that still much work remains to be done."

Each vignette below has been shared by a member of TTS' Black employee affinity group and was part of our Black History Month social media campaign. We hope you enjoy them and find timeless lessons that inspire more inclusive and equitable workplaces and communities, every month of the year. Find more guidance is provided on digital.gov.

Reference to a corporation name is for the information and convenience of the public, and does not constitute endorsement, recommendation, or favoring by the General Services Administration. 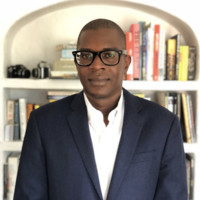 "Let us celebrate Black Ingenuity. I'd like to shout out the work of Mobile, Alabama's Lonnie Johnson. As an engineer with the Air Force and the Jet Propulsion Laboratory, Lonnie Johnson contributed to the development of countless high-profile projects, including the Stealth Bomber and the nuclear power source for NASA's 1989 Galileo mission to Jupiter. But the most celebrated of Lonnie Johnson's 120+ patents? The Super Soaker water gun! The Super Soaker was a runaway success and became one of the most popular toys of the 1990s. The man is now a billionaire, and yet he continues to innovate. 'The Super Soaker is good. But I want to do better.' He continues to work and innovate on solid state batteries and thermoelectric energy conversion." 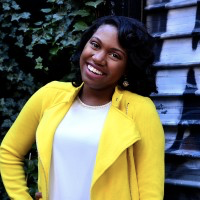 "Let's spotlight three African American playwrights who have shaped American theater and had an enduring legacy on the art form! There are so many incredibly talented Black playwrights, actors/actresses, directors, and producers, past and present, in both the U.S. and worldwide who have transformed theater into a vehicle for telling empowering, uplifting, and authentic stories about Black people. Here's three to know: 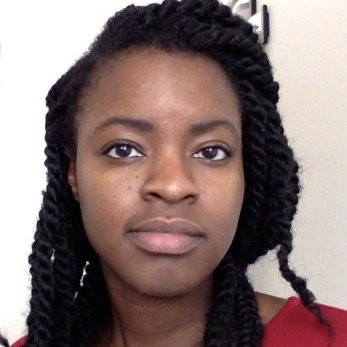 "To celebrate Black History Month at TTS I'm here to feature two of the first Black women to record the blues — Mamie Smith and Ma Rainey. On February 14, 1920, Mamie Smith made history as the first Black woman in the USA to sing on a musical recording. Despite threats and pressure against recording Black musicians, she ushered in an era of massive popularity for Black women and Black people in music. Her massive hit song, "Crazy Blues," sold a million copies that year. The music industry coined the term "race records" to describe Black artists' records and marketed them directly to African Americans, although they had widespread popularity.

While she wasn't the first Black woman to record the blues, Ma Rainey is the "Mother of Blues" and one of the most famous and successful Black artists of her time. Notably, she wrote and arranged many of her songs instead of relying on songwriters and bandleaders. She broke ground with her lyrics about being with women. She went on tours where she wore beaded gowns on stage with an ostrich feather in one and a gun in the other. The Netflix film, Ma Rainey's Black Bottom, is a fun introduction to her life, starring Viola Davis in a film adaptation of an August Wilson play." 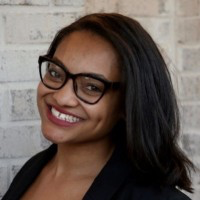 "More often than not, Black voices have been silenced and therefore the history of my people can be easily dismissed and forgotten. However, it has been Black literary greats who dared to put pen to pad to share our stories and record our history. I would like to highlight a few who educated me about my history when it wasn't taught in school and lifted me up by telling Black stories when I often felt left out by the color of my skin: 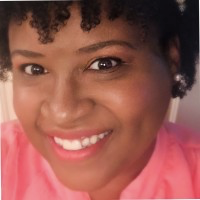 "Let's celebrate visionaries and change agents like the late Frank C. Carr, the founder of INROADS. Inspired by the legendary 'I Have a Dream' speech, founder Frank C. Carr began INROADS to eliminate career barriers to corporate opportunities for people of color. Recently, INROADS won a GSA FAS Multiple Award Schedule Contract to bring diverse, underrepresented talent into the public sector. INROADS is one organization actively doing the work of diversity, equity and inclusion by partnering with federal and corporate partners to train future business and community leaders from underserved communities and helping them develop the tools to succeed." 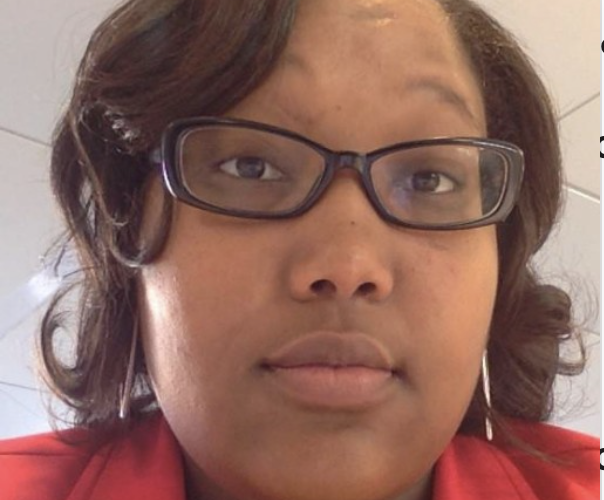 "I'd like to introduce some and reacquaint others to a phenomenal jazz singer and the woman behind the style, image, and sound of Betty Boop.

Ester Jones was a child entertainer who lived in Chicago in the 1920s. She was trained at an early age to dance, do acrobatics, and singing (which she eventually could do in several languages). According to sources Baby Esther based her act and singing style on Florence Mills and would often impersonate her.

During the late 1920s, Esther "Baby Esther" Jones became known for singing in a baby voice and regularly performing at the legendary Cotton Club in Harlem. After watching Esther's cabaret act in 1928, white jazz singer Helen Kane adopted Jones' singing and scatting style. Kane changed the interpolated words "boo-boo-boo" and "doo-doo-doo" to "boop-oop-a-doop" while recording her hit single "I Wanna Be Loved By You."

In 1930, Fleisher Studios released a caricature of Helen Kane named Betty Boop. Boop was originally drawn as a dog but was later changed to a human as she grew in popularity. Kane never publicly admitted to appropriating Esther's singing style, but the truth was revealed when Kane filed a lawsuit against Fleisher Studios, for using her image and singing style. Ironically, Kane claimed that Betty Boop was imitating and profiting off of her image. After two years of legal battles, it was declared that Betty Boops scatting did not originate with Kane.

Throughout history, white singers have gotten away with appropriating black music without legally crediting, acknowledging, or paying African American artists. So it was no surprise that Esther Jones didn't file suit against Kane or Fleischer Studios. She would've had the burden of proving her case against a white man and white woman. When Jones was called to testify during the trial, she declined and chose to travel across Europe and Brazil where she was very popular.

Esther was chosen to represent African Americans and the United States of America during a European tour with Josephine Hall. She went on to do a six week engagement at the Winter Garden, Berlin's finest vaudeville house. When she came back to the US in 1933, she danced for Cab Calloway and toured the vaudeville circuit.

Esther "Baby Esther" Jones died in 1934. She was a young woman with a short-lived career but a long-standing legacy. She has been referred to as Betty Boop's Black grandmother. For too long the accomplishments of black Americans have been overlooked, ignored, dismissed, and outright stolen. I feel like Esther's story highlights the need for black history being taught and for celebrating the accomplishments of AfricanAmericans, in real time and throughout history." 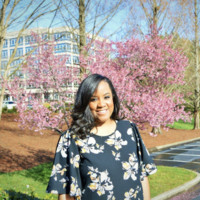 "Shirley Chisholm walked so that Madam Vice President Kamala Harris could run...quite literally. In 1964, Chisholm was elected to the New York state legislature, and was the second African–American woman to serve in Albany. She spent four years as an assembly member before winning the historical Congressional seat (as she was the first African American woman elected to serve in Congress) that would lead to her representing her constituents and neighbors in New York's 12th district for seven consecutive terms. Her campaign motto of 'unbought and unbossed' became the title of her autobiography. The phrase is often used as a tribute to Chisholm's spirit and determination.

Throughout her political career and her years spent as a teacher, Chisholm fought for education opportunities, food programs for school children, and charged against social injustices. She served on the Education and Labor committees and was instrumental in the founding of both the Congressional Black Caucus in 1971 and the National Women's Political Caucus the following year.

In 1972, Chisholm again made history as the first African American person to run for president, when she declared her candidacy for the Democratic nomination for president of the United States." 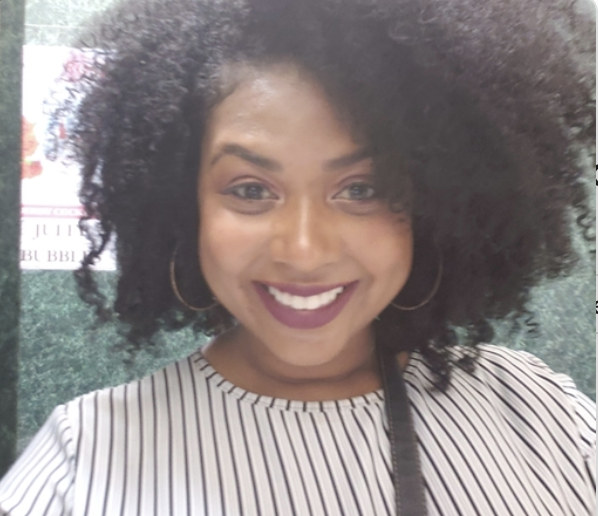 The fights for racial equality and LGBTQ equality have always gone hand-in-hand, and there's a long history of Black queer activists leading change and fighting discrimination.

Here are few dynamic individuals from past and present:

Part I: BLAZED THE PATH(Past)