Less than a mile from the ocean, the New Bedford Custom House, built in 1836, and a National Historic Landmark, has withstood the test of time, and remains the oldest continuously operating Custom House in the country. With a legacy like that, it only makes sense to ensure that the Custom House - a National Registered Landmark, recognized at the highest level of historical significance - receives proper restoration, inside and out. The U.S. General Services Administration (GSA) has worked diligently over the years to restore certain aspects of the property.

During the most recent effort, the team restored a hidden treasure, with great historical significance within the building.

The Historic Transaction Counter, in use by U.S. Customs since the 1800s, was fully restored to its original condition. The counter, original to the building’s construction, made of walnut and attached directly to the subfloor, was encased in wood paneling in the 1960s. The paneling, at that time,  was meant to “modernize” the counter. While wood paneling has since gone out of architectural style, it did protect the counter - albeit by hiding its beauty - for nearly 50 years. Once “uncovered,” GSA hired local company Heritage Restoration, Inc. to restore the counter to its original glory. The company specializes in restoring old and historic homes and buildings.

An important aspect of this project was preservation of the historic fabric to the maximum extent possible while also accommodating necessary modern features. Per CBP security requirements, ballistic panels were inserted behind the original front panels, and new tel/data lines were run, so that three grommets could be installed for CBP computers, as at a typical Land Port of Entry (LPOE) work counter, all with minimal impact to the historic fabric of the counter. 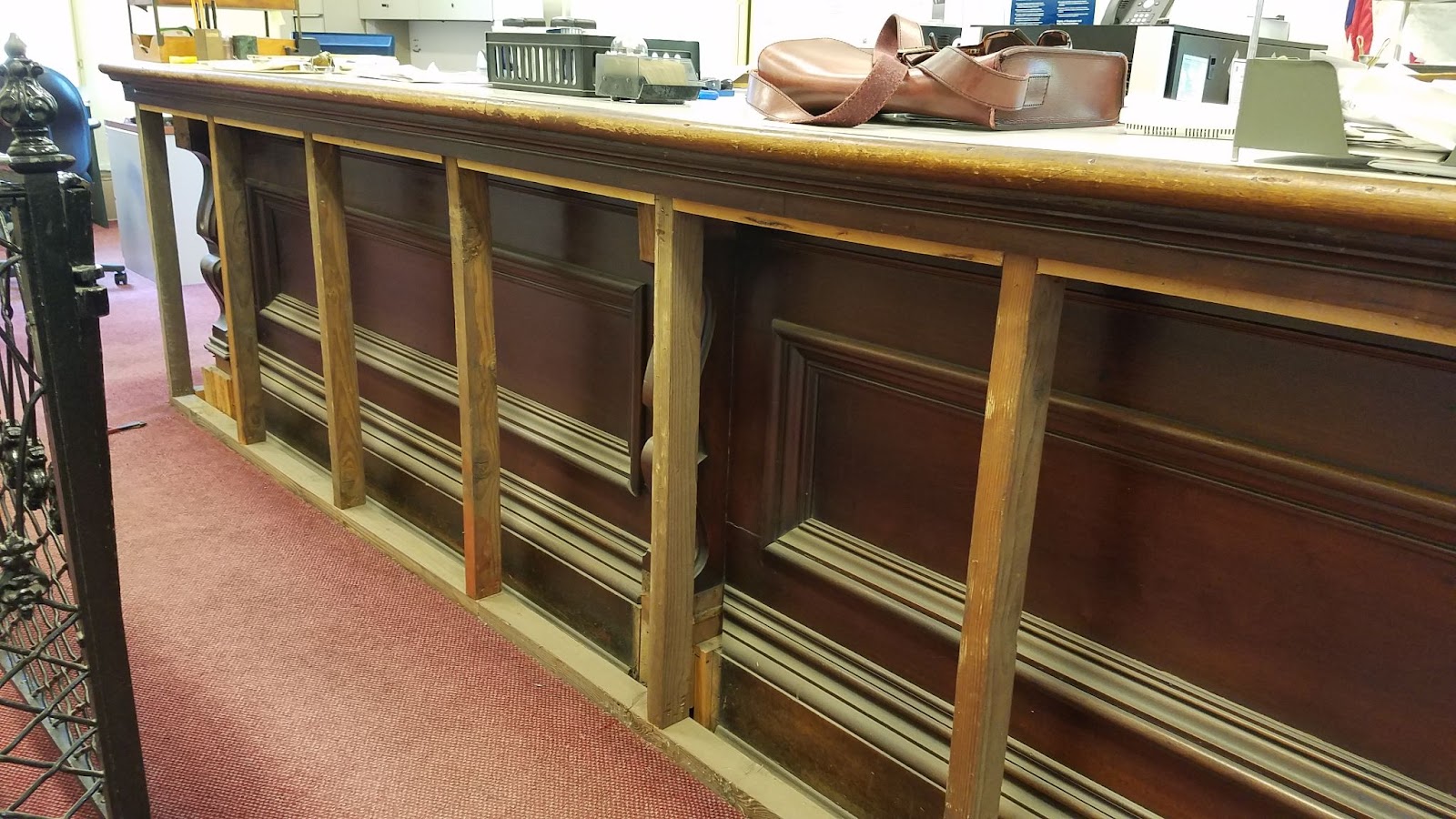 Removing the paneling yielded information about the original construction of the counter - including the use of square nails - as well as the surrounding room. It was determined that the demising wall was not original – and had been added after the Transaction Counter, since the wall was built around the counter. The end of the counter was finished and meant to be seen, and the wood base to the wall left loose as it is impossible to work a hammer into the space between the desk and the partition. 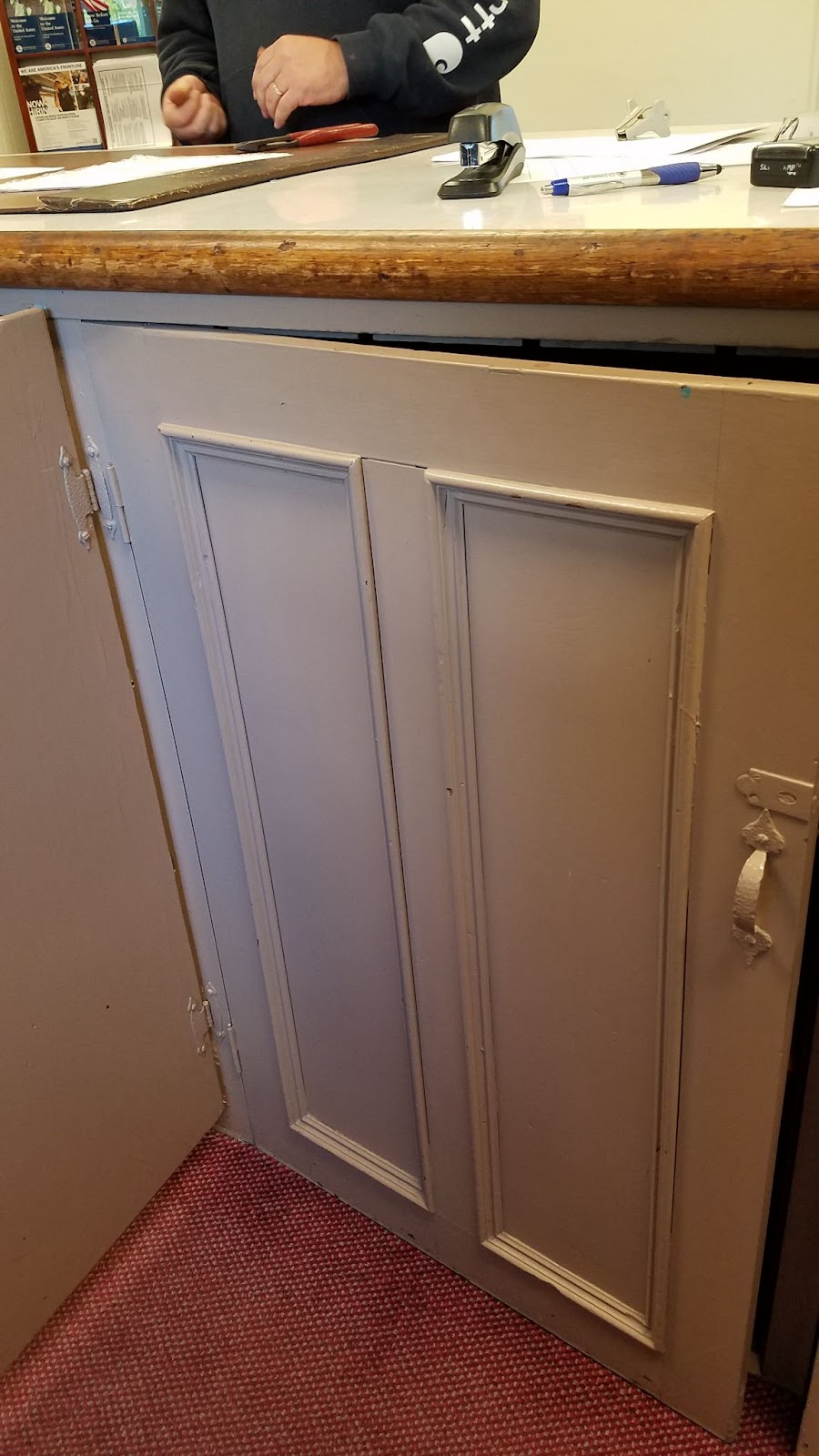 Although it was initially thought that the top of the counter needed to be replaced, Heritage Restoration carefully removed the modern plastic laminate which had been adhered and restored the original wood top.

The majority of the work was performed offsite in the historical subcontractor’s workshop, where individual components of the counter were transported to be restored, repaired, stained and finished. Then each piece was brought back and carefully installed back in place. 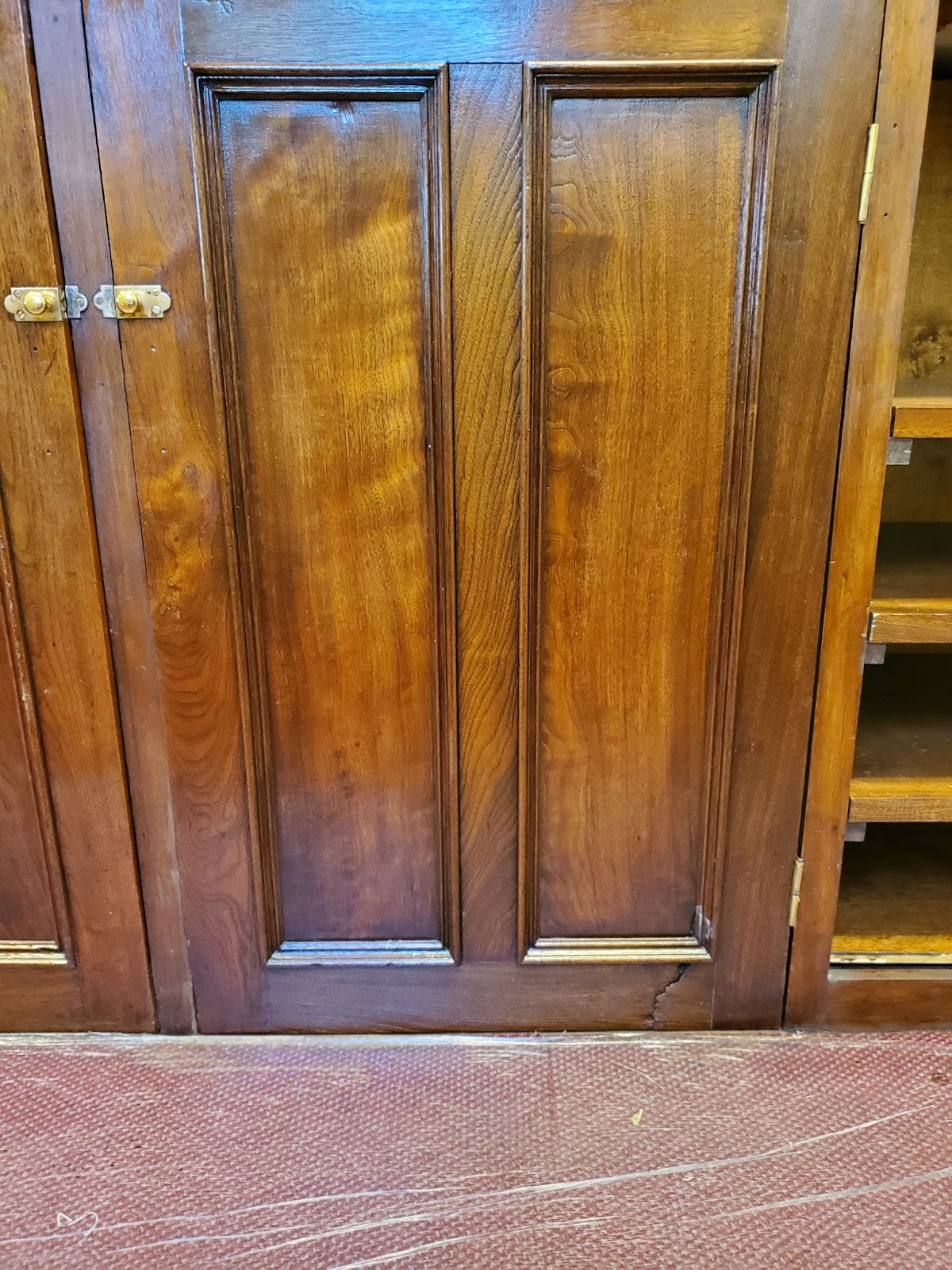 “Historic preservation of federally owned facilities like the Custom House is one of GSA’s many missions,” said Glenn C. Rotondo, Acting GSA Regional Administrator for New England. “The Custom House is truly a gem of the South Coast, and we cannot wait to share the beautifully restored counter at this national landmark with the visiting public as soon as possible.”

“The New Bedford Custom House is a legacy building and a jewel in the GSA owned building inventory,” Rotondo added. “It has a prominent place in the history of New Bedford and our nation. We continue to work with the CBP Federal Preservation Officer (FPO) and hope to create a display cabinet for artifacts within the public area to showcase the custom house’s long historical association with CBP, the whaling trade and abolition.”

Created in 1949, GSA is the proud steward of more than 480 historic buildings constructed between the early nineteenth and mid twentieth centuries. GSA is committed to the preservation of America’s historic building legacy.